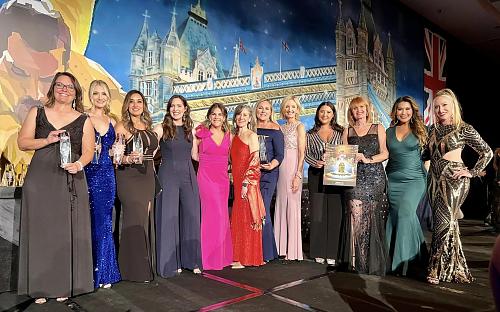 Johnson Development had plenty to celebrate following the 2022 Houston’s Best PRISM Awards, earning nine awards — including the coveted Grand Award for Developer of the Year.

Our array of this year’s Houston’s Best PRISM awards honors people from the Johnson Development team, our communities, our amenities and our marketing efforts.

The Cottage House amenity complex in Veranda won Community Recreation Center of the Year – Developer. Veranda was also a finalist in the Community of the Year category won by sister community Jordan Ranch.

Finally, Edgewater in Webster was named a finalist for Website of the Year.

We are honored that our awards represent the people, places and things that make Johnson communities such a wonderful place to call “home.”