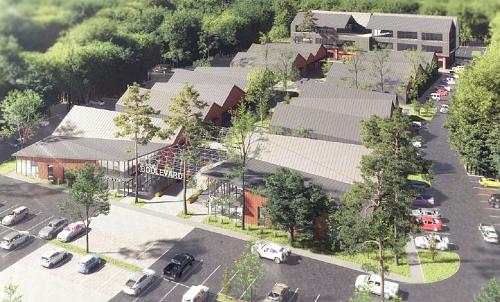 Communities by Johnson Development are designed as master-planned communities. What does that mean? They are communities where people can live, play and work. Many Johnson communities have vibrant commercial districts that add to the appeal of the area.

Leasing within Marcel Boulevard has begun, with executive office suites, a real estate company, med spa, beauty and wellness services, a restaurant and café as tenants. Lined with trees and pedestrian friendly, Marcel Boulevard will be a destination for work and play.

Nearby on 7.5 acres will be a new $92 million hotel and conference center with a five-level parking garage, pool, lounge, bar and restaurant. The 250-room facility also promises 31,000 square feet of ballroom and meeting space. The City of Conroe will own the hotel and lease it to a luxury hotel operator. The city expects construction to be complete in November 2022.