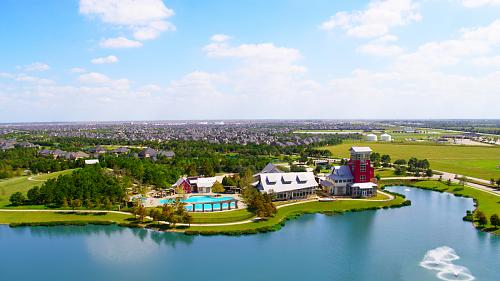 It’s that time of year when lists of the nation’s top-selling communities are announced and once again, Johnson Development has multiple communities ranked among the top 50.

John Burns Real Estate Consulting places Cross Creek Ranch in Fulshear at No. 39 with 396 new homes sold during 2022. With 382 new-home sales, Woodforest in Montgomery County ranked No. 41. Sienna in Missouri City was our third community to make the Top 50 list, coming in at No. 47 with 351 new-home sales.

Robert Charles Lesser & Co. (RCLCO) also tallies the nation’s top-selling communities every year. This year, Cross Creek Ranch ranked No. 40 with Woodforest at No. 42. Sienna tied for No. 49. Rankings between the two companies can be different as not all communities in the nation report to both companies.

All three communities have a broad selection of floor plans that cater to varying buyer needs, generous amenities, numerous nature areas and an engaging resident lifestyle — all facets of successful master-planned development. Fostering an environment “within which generations can live better in terms of housing and the community environment” is a differentiating feature for a resilient master-planned community, says RCLCO, as is having “flexible master plans that are environmentally sensitive, market responsive and nurture the lifestyles of their residents.”